by -
in Stock Exchanges News
0

China asked the Chinese ride-hailing app, Didi, to delist itself from the United States’ New York Stock Exchange amid fears of a data security breach. 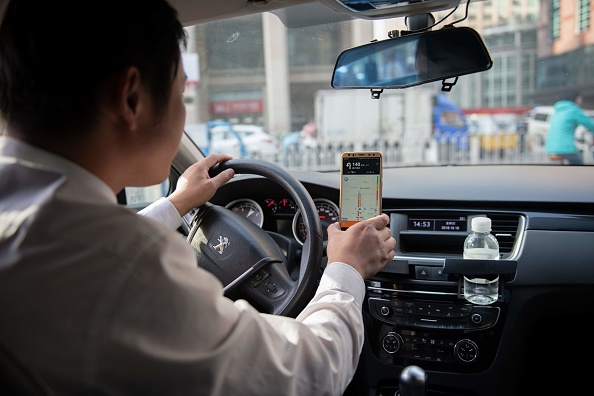 (Photo : by NICOLAS ASFOURI/AFP via Getty Images)
In this picture taken on October 18, 2018, a driver working for ride-sharing company Didi follows a map on his smartphone to bring a customer to his destination in Beijing. – Didi is a popular taxi and ride-sharing service in China that is operated via a smartphone app.

China Asks Ride-Hailing App Didi to Delist from US

As per the report by Bloomberg, the tech watchdog of China, the Cyberspace Administration, asked the top brass of the Chinese counterpart of Uber to start producing a plan to leave the New York stock exchange.

Sources close to the situation further told the news outlet that the request of the Cyberspace Administration in China or CAC comes amid the growing concerns regarding sensitive data leakage.

Reuters said in a report that the tech watchdog commission of China has yet to issue its statement regarding the report.

Meanwhile, the shares of the firm that has a minority stake in Didi, SoftBank, promptly fell over 5 percent after the news broke in the US.

According to the news story by Fortune, Uber Technologies Inc. is also one of the biggest shareholders of Didi, aside from SoftBank.

After delisting from the US stock exchange, the CAC is proposing other considerations, including privatization or shares float in the Special Administrative Region of China, Hong Kong.

Last June 28, Didi pushed through with its listing on the New York Stock Exchange, making it one of the biggest IPOs in 2021, even as Chinese authorities are allegedly not happy about it.

The IPO of the Chinese version of Uber was able to raise a massive capital of about $4 billion.

Some experts even predicted that the valuation of DiDi in the near future could go as high as a whopping $67 billion.

The Chinese authorities reportedly told DiDi to postpone its New York listing back in June as regulators still have yet to conclude their cybersecurity review on the ride-hailing app.

Eventually, CAC’s investigation discovered that the Chinese app collected some personal data of its users illegally.

As such, China went on to order app stores in the country to remove all of the apps that were being operated by the ride-hailing firm, purging a total of 12 mobile apps.

In response, Didi vows to comply with the regulations of the Asian country to protect personal data and the rights of its users, as well as national security concerns.

On top of that, the ride-hailing firm also announced that it would no longer be accepting new user registrations as it reforms its data collection policy.

This article is owned by Tech Times

ⓒ 2021 TECHTIMES.com All rights reserved. Do not reproduce without permission.

Is the Stock Market Open on Easter Monday 2021? Here Are the Trading Hours.

Risk aversion dominates markets ahead of the weekend