Many tech companies do not pay dividends, instead choosing to focus on growth and reinvestment in the company. But many manage to do both, and these provide investors with the best of both worlds, which is especially important in today’s economic environment.

Technology stocks in the growth sector are currently under immense pressure. Inflation is rampant in the U.S., causing fears that interest rates will rise faster than forecast. When this happens, the future cash flows are discounted, and values on Wall Street fall. There are some technology stocks, however, that pay dividends, conduct share buybacks, and are built to withstand the inflation pressures. These three could continue to provide market-beating growth while rewarding shareholders with a dividend each quarter. 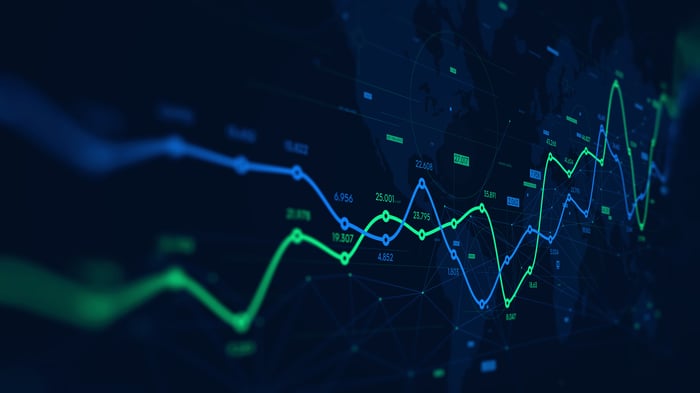 Apple‘s (NASDAQ:AAPL) stock has been bumping against its all-time highs recently as the market cap nears $3 trillion. Most investors don’t buy Apple for the dividend; however, it does yield 0.5%, and the dividend has been raised for each of the past nine years. In addition, the payout ratio is only 15%, so the dividend is extraordinarily safe. This isn’t the whole story, however.

Apple also returns capital to shareholders through stock buybacks. Stock buybacks occur when a company buys its stock on the open market, thus reducing the number of shares available. This means that each share is worth a larger slice of the pie. The best part is that these buybacks are tax-deferred to investors, unlike dividends which are taxable in the year received. In fiscal 2021 alone, Apple repurchased over $85.5 billion of its stock, representing nearly 3% of its total market cap.

Apple had an excellent fiscal year in 2021, with revenues rising 33% to $365 billion. In addition, investors are anticipating the release of Apple’s Augmented Reality (AR) and Virtual Reality (VR) glasses, which are rumored to be coming to market in 2022. This could create a generous new revenue stream for this juggernaut.

Mastercard (NYSE:MA) has many similarities to Apple. It also yields only 0.5% on the surface; however, it buys back its stock at a tremendous clip. Over the trailing 12 months, Mastercard has repurchased $5.6 billion in stock, accounting for nearly 1.5% of the current market cap, as shown below. These buybacks also serve to support the share price in the open market. 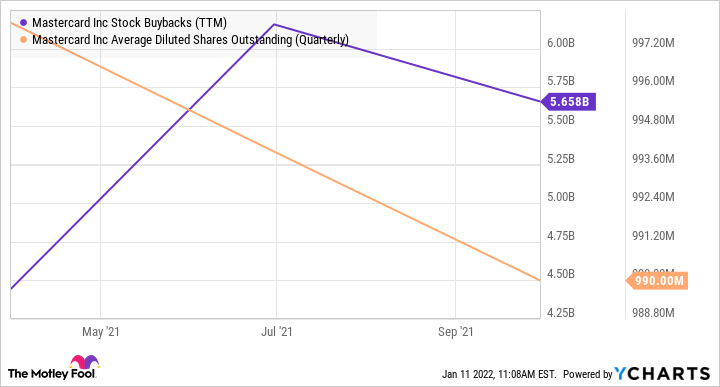 Mastercard is also inflation-resistant. It typically will receive a percentage of each transaction processed. When prices rise, the company will make more money. There is a danger that inflation will rise to the point that the overall economy slows. However, spending has been robust in recent periods.

Mastercard’s results have been impressive in recent quarters. In third-quarter 2021, net revenue came in at $5.0 billion, well above the $3.8 billion posted in the same period in 2020. The company also produces tremendous margins. The operating margin for the first nine months of 2021 was an incredible 53%, and over $6 billion in cash was provided by operations over this period.

Microsoft (NASDAQ:MSFT) is another company bumping against its all-time highs in recent weeks. It pays out $2.48 per share annually for a yield of 0.75%. As with the previous two companies, Microsoft also returns capital to shareholders via tax-deferred buybacks. Microsoft repurchased over $21.8 billion in stock during the fiscal year 2021. Over fiscal years 2019 to 2021, the company bought back $55.6 billion. This is over 2% of the current market cap. Because of this and exceptional operating results, the diluted earnings per share (EPS) has swelled from $5.06 in fiscal 2019 to $8.05 in fiscal 2021.

Microsoft’s dividend has been raised each year for 17 years. It is also very safe, with a payout ratio of just over 25%. While the current yield is small, long-term investors benefit from a rising share price and steady dividend growth. Imagine the effective yield of an investor who purchased shares 17 years ago. 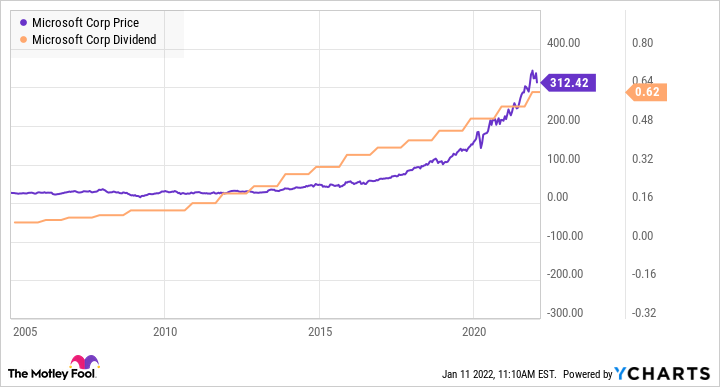 Like Apple, Microsoft is also making moves in the metaverse. Working remotely in the pandemic has revealed an urgent need for businesspeople to interact with each other in a new way. Microsoft Mesh for Teams will allow users to interact via avatars to hold meetings, conduct presentations, and onboard new hires, among other uses. This could provide the company with another fertile market.

Perhaps inflation won't be as transitory as forecast