EURUSD and US Equities Jump after Strong Inflation Data

The EURUSD price jumped sharply in the overnight session as investors reflected on the latest American consumer price index (CPI) data. The pair rose to the highest level since November 11 after data showed that the country’s inflation jumped to the highest level since 1982. The headline CPI rose to 7% while core CPI that excludes the volatile food and energy prices, rose to 5.5%. In total, the price of the basket that the statistics agency considers, rose from $277.95 to $278.80. Therefore, the pair rose mostly because analysts believe that inflation has peaked. Later today, the US will publish the latest producer price index (PPI) data.

US equities also rallied after the latest inflation data and after the Federal Reserve published its beige book. The book showed that most officials of the bank were concerned about inflation and were leaning towards tightening of the monetary policy. Analysts are now focusing on the upcoming earnings season that will start tomorrow. According to FactSet, analysts expect that the earnings growth for the fourth quarter was about 21%. If they are correct, that will be the fourth straight quarter in which American corporations’ earnings have risen by over 20%.

The price of crude oil held steady after the latest inventories numbers from the Energy Information Administration (EIA). Data by the agency revealed that inventories declined by over 4.4 million barrels last week. This decline was bigger than the median estimate of 1.9 million barrels. It was also 7th consecutive month in which the US has experienced a drawdown of inventories. Analysts believe that oil demand will keep rising considering that the Omicron variant is not as deadly as other variants.

The XAUUSD pair continued its bullish comeback after the latest US inflation data. The pair is trading at 1,823, which is significantly higher than last week’s low of 1,783. It moved back to the ascending channel that is shown in red. Also, it rose above the 25-day moving average and the 50% Fibonacci retracement level. Therefore, the pair will likely keep rising as bulls target the upper side of the channel at 1,840. 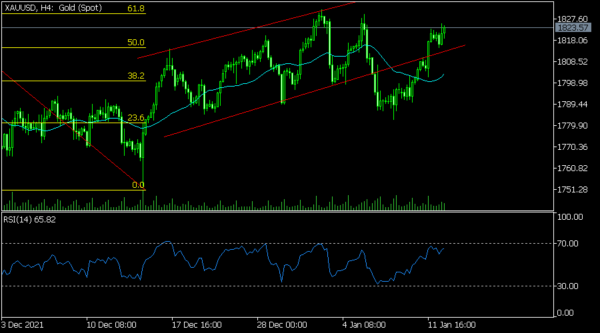 The EURUSD pair made a bullish breakout in the overnight session. It managed to move above the upper side of the ascending triangle pattern that is shown in red. The pair also moved to the 50% Fibonacci retracement level. Also, the Relative Strength Index (RSI) has moved to the overbought level. Therefore, the pair will likely keep rising as bulls target the key resistance at 1.1.1475. 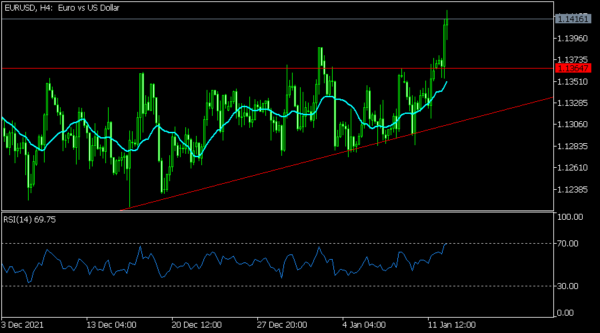 The USDCAD pair crashed hard as the US dollar declined. The pair fell to a low of 1.2500, which was the lowest level since November 17. The pair managed to move below the 61.8% Fibonacci retracement level. It also moved below the 25-day and 50-day moving averages while the Relative Strength Index has fallen to the oversold level. Therefore, the pair will likely keep falling as bears target the key support at 1.2450. 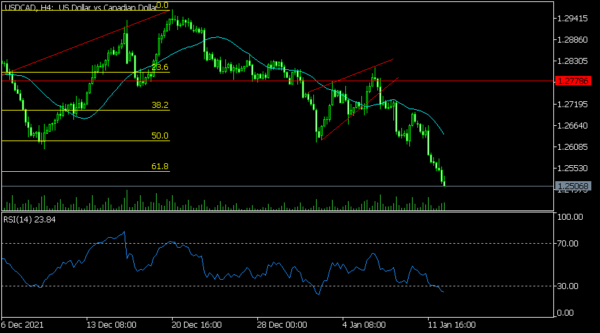 Sell Dollar for Everything Else Is Echoing Across Trading Rooms