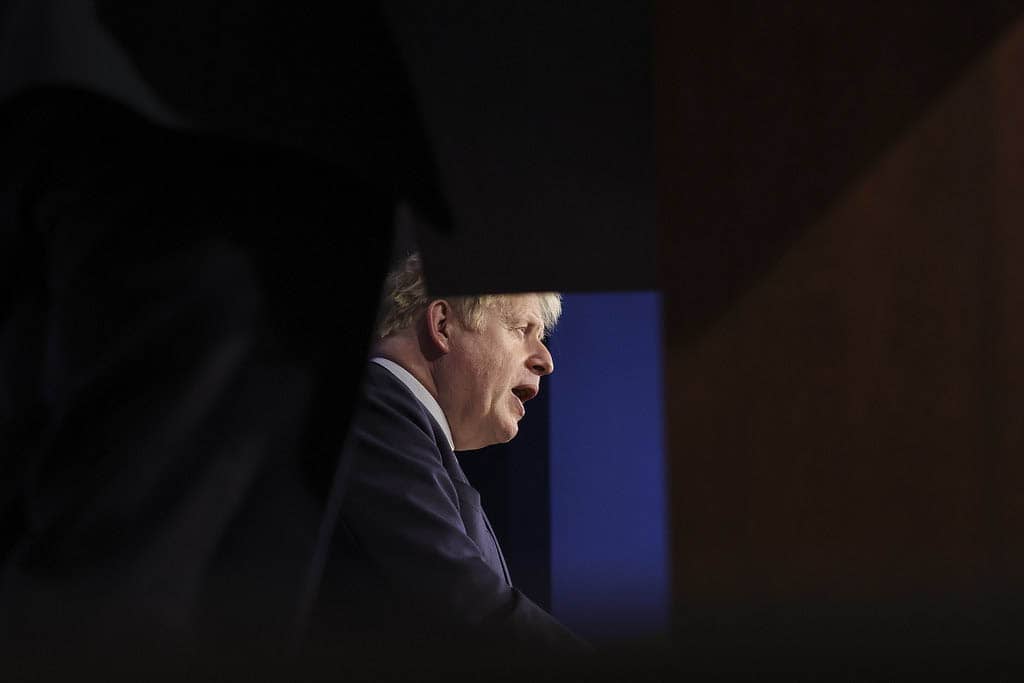 UK Prime Minister Boris Johnson has come under significant political pressure in early 2022, but the British Pound is proving resilient in the face of rising odds that he will be replaced.

The Pound advanced to its highest level against the Dollar since November and hovers close to two-year highs against the Euro as Johnson fought off accusations that he broke lockdown laws in the early months of the Covid-19 pandemic.

Signs of discontent amongst members of his Conservative party has meanwhile raised the odds the on betting markets that he would be replaced as leader in 2022.

For the Pound political anxiety has been a source of weakness in the post-EU referendum period and analysts have been keeping an eye on developments as a result, but for now Johnson’s woes are not registering a material impact.

“The pound’s resilience is a sign that the market for now sees a low risk of Mr. Johnson resigning as a result of the controversy,” he adds.

Johnson had consistently denied breaking any rules regarding a number of allegations of rule breaking during the early stages of the pandemic.

But an email was sent to the press on Monday night showing up to 100 of his staff were invited to what was clearly a social gathering on the 20th of May 2020, which he has subsequently confirmed attending.

“Despite the political future of UK PM Johnson looking increasingly fraught Sterling remains at the top of the one-month G10 performance leaderboard. With a UK election not expected until 2024 underlying political risks should not be overstated,” says Jeremy Stretch, strategist at CIBC Capital Markets.

In Parliament on Wednesday Johnson admitted attendance but said he thought it was a work-related function.

Opposition parties have called for his resignation, alongside some important members of his party.

“While arguably facing the toughest period of his tenure, markets seem very sceptical to price in any political instability in the UK for the moment,” says Francesco Pesole,
FX Strategist at ING.

The Pound to Euro exchange rate traded in the vicinity of 1.20 for the seven trading day in succession amidst the political intrigue, but is still showing a resistance to close above this keynote level.

But the Pound to Dollar exchange rate is finding its path higher easier to maintain, going back above 1.36 to test 1.3680, helped by a broader decline in the value of the Dollar.

“GBP has been resilient despite rising betting odds of Boris Johnson leaving in 2022,” says Viraj Patel, a strategist at Vanda Research. 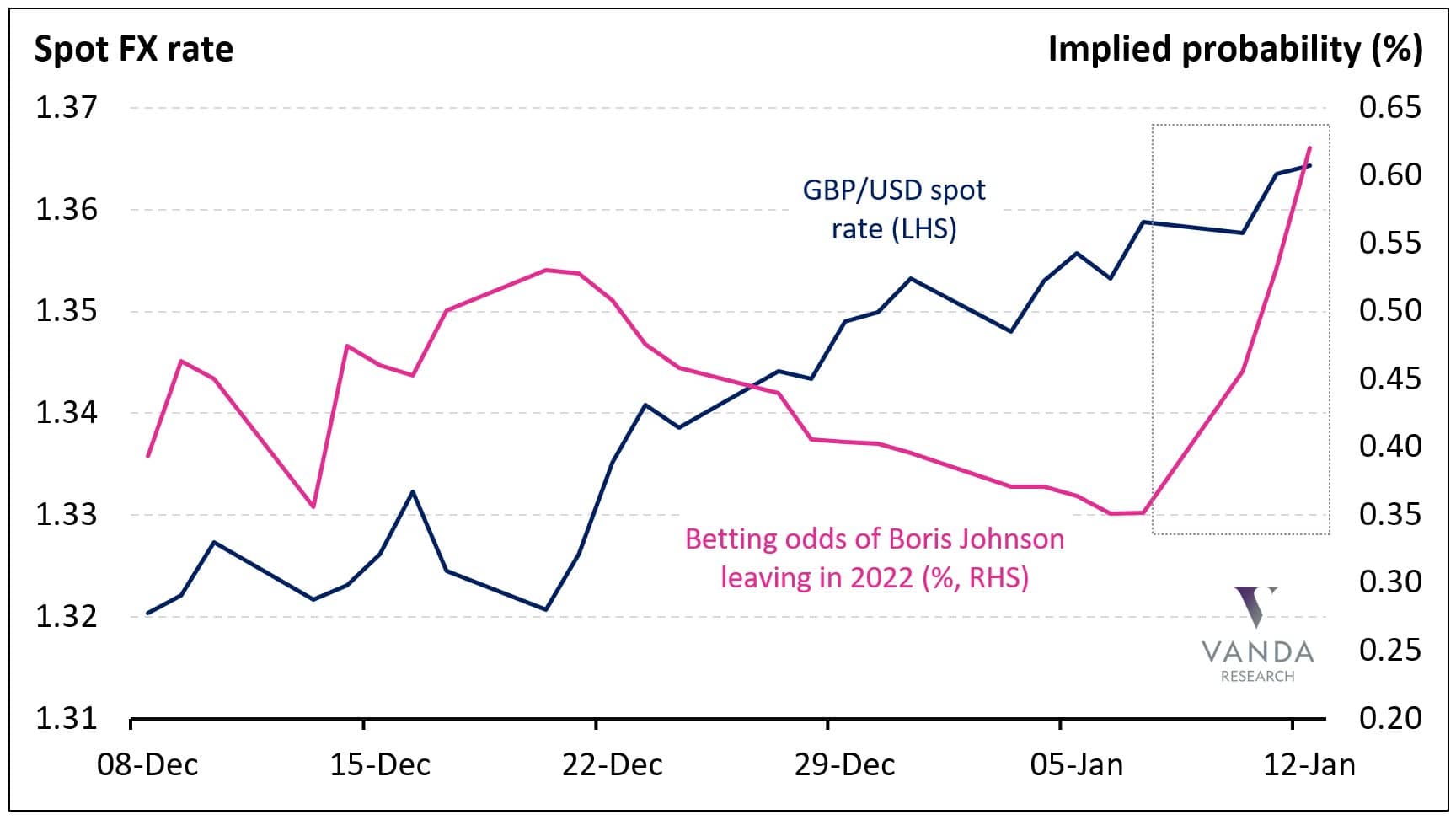 Patel says we are seeing “a different political regime for Sterling,” given:

CIBC’s Stretch says foreign exchange markets will be looking beyond the political headlines and it’s rate expectations that matter.

Money markets are priced for another interest rate rise at the Bank of England in February, an outcome that has become a likelihood owing to the UK’s surging inflation levels.

But, fears of an Omicron-inspired slowdown to growth will be one reason why the market is not yet willing to price a hike with a 100% probability.

Nevertheless, the UK’s fourth Covid-19 wave continues to abate with cases falling steadily over the course of the past week.

“The prospects of a full unwinding in Covid restrictions prior to month-end continue to grow. In this regard, we would note that London hospitalisations have almost halved from 29 December highs. A broad re-opening of the economy prior to month end opens up the prospect of a rebound in GDP after a soft December/January,” says Stretch.

CIBC Capital Markets anticipates a rebound in spending, which will keep the Bank of England in play and support EUR/GBP testing towards 0.8277/82. (GBP/EUR towards 1.2080/1.2074.

“We continue to favour EUR/GBP downside and a break below 0.8300 in the near term, and another good day for risk sentiment would likely help the higher-beta GBP gain some more ground,” says ING’s Pesole.