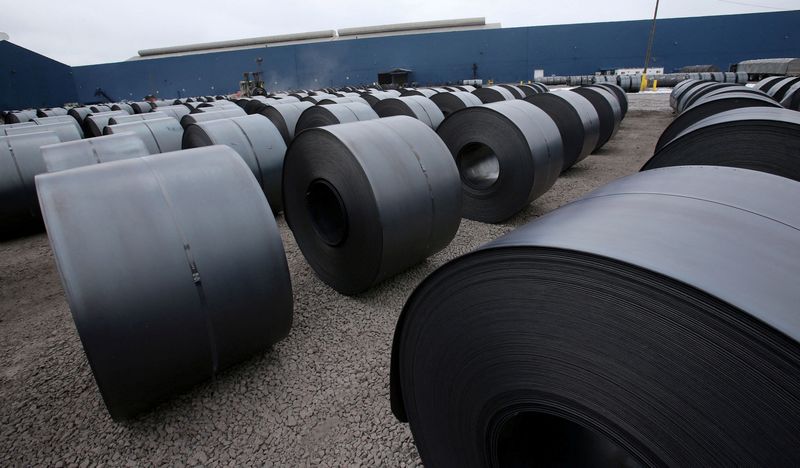 WASHINGTON (Reuters) – U.S. Commerce Secretary Gina Raimondo is expected to participate in virtual talks with British officials about U.S. steel and aluminum tariffs in the coming month, a source familiar with the plans told Reuters on Thursday.

Britain is keen to negotiate a deal granting substantial duty free access to the United States for its steel and aluminum producers along the lines of the quota agreement that Washington struck with the European Union in October.

The U.S.-EU deal went into effect Jan. 1 and gives EU steelmakers a significant U.S. market price advantage over UK competitors, which are still subject to tariffs of 25% on steel and 10% on aluminum.

A Commerce Department spokesman declined to comment on plans for virtual talks.

However, the department earlier had said that Raimondo was not in a position to travel to London in-person at the present time, after an invitation last month from Britain’s trade minister, Anne-Marie Trevelyan.

On Wednesday, U.S. Trade Representative Katherine Tai said that the Biden administration would engage in talks with Britain on the tariffs, “when the time is right”.

While the Commerce Department maintains jurisdiction over the Cold War-era trade law that authorized the “Section 232” metals tariffs on national security grounds, USTR played a key role in negotiating terms of the quota deal with the EU, which allows about 4 million tons of EU steel annually into the United States duty free.

A spokesman for British Prime Minister Boris Johnson said on Thursday that it was understandable that Raimondo could not commit to international travel due to uncertainty around the Omicron coronavirus variant, but talks were urgently needed.

“We maintain the urgent need to make progress on this issue, to lift the prospect of further retaliatory tariffs on U.S. goods and look forward to virtual discussions with the U.S.,” he said.

Disclaimer: Fusion Media would like to remind you that the data contained in this website is not necessarily real-time nor accurate. All CFDs (stocks, indexes, futures) and Forex prices are not provided by exchanges but rather by market makers, and so prices may not be accurate and may differ from the actual market price, meaning prices are indicative and not appropriate for trading purposes. Therefore Fusion Media doesn`t bear any responsibility for any trading losses you might incur as a result of using this data.

Fusion Media or anyone involved with Fusion Media will not accept any liability for loss or damage as a result of reliance on the information including data, quotes, charts and buy/sell signals contained within this website. Please be fully informed regarding the risks and costs associated with trading the financial markets, it is one of the riskiest investment forms possible.

Analysis-Inside OPEC, views are growing that oil’s rally could be prolonged By Reuters