Last year, low interest rates and the reopening of economies around the world supercharged the stock market, and the S&P 500 climbed 26.9%. That marks the popular index’s fifth-best performance over the past three decades. And while investors now face headwinds related to rampant inflation and rising bond yields — both of which make growth stocks less attractive — certain Wall Street analysts still see significant upside in growth stocks.

Here’s what you should know. 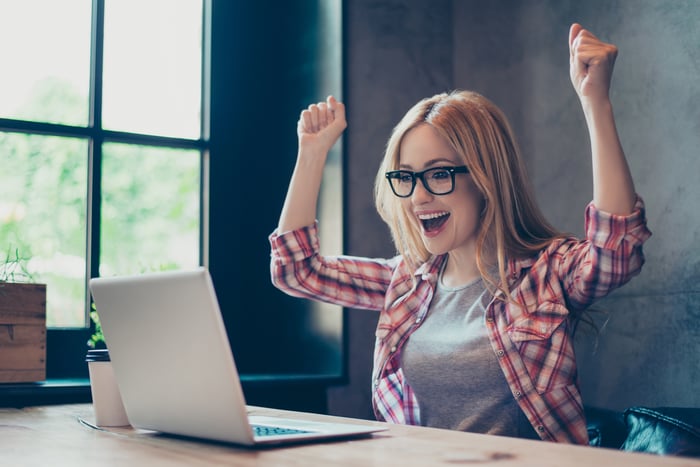 Lemonade reimagines insurance through the lens of modern technology. Traditionally, insurance companies have employed actuaries to set prices, agents to sell policies, and adjusters to handle claims. But Lemonade supplements its employees with big data and artificial intelligence, aiming to make its business more efficient.

Specifically, consumers interact with AI-powered chatbots to purchase policies and file claims, which not only creates a frictionless user experience, but also keeps Lemonade’s payroll expenses low. Similarly, its digital platform captures roughly 100 times more data per customer than the applications used by legacy insurers. Machine learning models then correlate those variables with the likelihood of claims, theoretically allowing Lemonade to underwrite policies more precisely. Put another way, Lemonade has a data advantage, and its use of machine learning should mean it pays less in claims on a relative basis.

Of particular note, the breezy user experience created by Lemonade’s chatbots has made the company popular with consumers. In 2021, Lemonade was the top-ranked provider of home and renters policies in terms of customer satisfaction, according to Clearsurance. And that edge has fueled rapid growth.

In the third quarter, Lemonade reached 1.4 million customers, up 45% from the prior year. And the premium per customer jumped 26% to $254, as more people added multiple policies or upgraded to more expensive coverage (e.g. renters become homeowners). In turn, Lemonade’s gross profit surged 60% to $11.7 million.

As a caveat, Lemonade is unprofitable on a GAAP basis and the company generated negative free cash flow (FCF) of $124 million over the past 12 months. However, with $1.1 billion in cash and short-term investments on the balance sheet, but no long-term debt, the company can afford to burn cash while its business scales.

On that note, Lemonade recently added auto insurance to its portfolio, and the company acquired Metromile to accelerate its entrance into the industry. Metromile is an AI-powered car insurance company, and it brings billions of miles worth of real-world driving data to the table. By mapping that data with actual claims, Lemonade should be able to fine-tune its machine learning models for auto insurance and hit the ground running in this new industry.

Looking ahead, management puts the company’s market opportunity at over $400 billion in the U.S. — and given the company’s rapport with customers, I can certainly see this stock climbing 156% in the next 12 months. More importantly, I like Lemonade as a long-term investment. 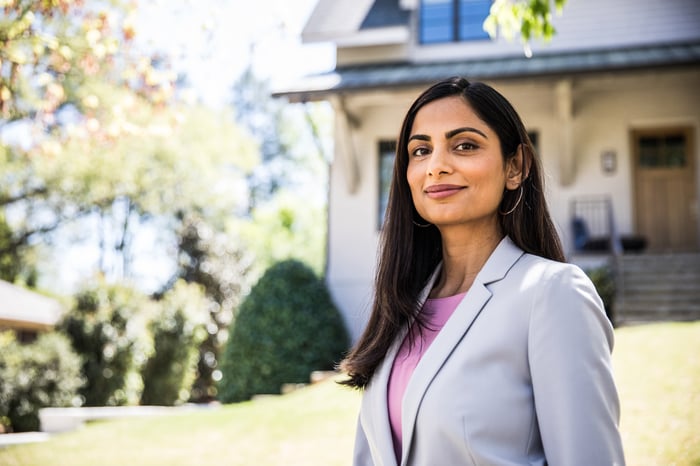 Redfin is the third-most-popular real estate search engine, drawing 49.1 million monthly visitors in the third quarter. That scale gives the company a significant edge, as there are over 130,000 brokerages in the U.S. In other words, the residential real estate industry is highly fragmented, but Redfin’s differentiated brand and far-reaching web properties differentiate it from the pack, helping the company acquire customers in a cost efficient manner.

To reinforce that edge, Redfin aims to be an end-to-end solution for homebuyers, sellers, and renters. The company provides brokerage, mortgage, and title services, in addition to buying homes directly through RedfinNow. Also noteworthy, Redfin agents earn salaries rather than working on commission, which means Redfin can afford to charge home sellers lower commission fees and refund homebuyers a portion of their purchase prices.

In short, Redfin makes moving easier and cheaper, and that value proposition has fueled impressive growth. In the third quarter, the company captured 1.16% market share, up from 1.04% in the prior year. And gross profit jumped 37% to $127.3 million. However, the company generated negative FCF of $429 million over the last 12 months, due to a widening net loss and an uptick in inventory (i.e. the company purchased more homes through RedfinNow). Investors should watch Redfin’s cashflow closely in the coming quarters.

That being said, the company is gaining share in an enormous market. In the U.S., real estate commission fees alone represent a $93 billion opportunity, but that figure doesn’t account for rentals, mortgage origination, or title settlement fees. From that perspective, I think it’s possible for Redfin shareholders to see a 165% return over the next 12 months. But even if that doesn’t pan out, this stock still looks like a smart long-term investment.

Why BioNTech, Moderna, and Novavax Stocks Are Sinking Today – Nasdaq