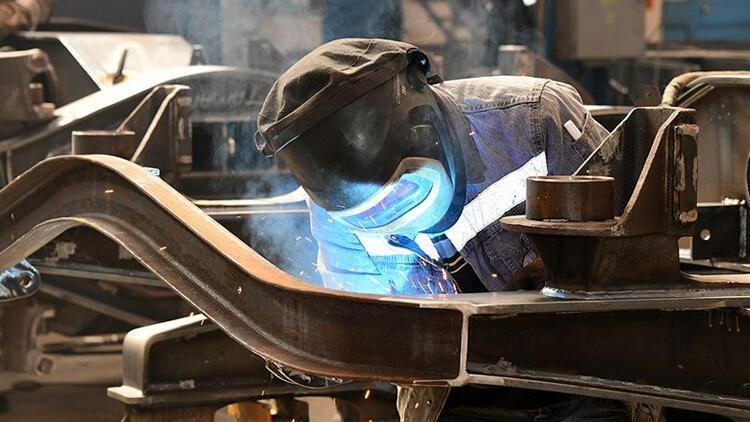 Turkish calendar-adjusted industrial production rose 11.4 percent on an annual basis in November 2021, according to data released by the Turkish Statistical Institute (TÜİK) on Jan. 13.

The manufacturing index surged 12.5 percent on an annual basis in November, while the mining and quarrying index rose 7.5 percent. The electricity, gas, steam and air conditioning supply index went up 4 percent.

On a monthly basis, industrial output increased by 3.3 percent in November, beating expectations.

The manufacturing sector sub-index rose by 3.8 percent, while the electricity, gas, steam and air conditioning supply index went up by 0.4 percent.

The mining and quarrying index declined in November, dropping by 1.6 percent compared with October.

Retail sales up 16 percent in November

Figures support forecasts for a bumper gross domestic product (GDP) expansion. Most analysts expect the Turkish economy to record a GDP growth of around 10 percent in 2021.
Retail sales volume, a marker of growing consumer spending, soared 16.3 percent on an annual basis in November 2021.
Non-food sales – excluding automotive fuel – increased by 25.7 percent, followed by food, drinks and tobacco sales with a rise of 8.8 percent, TÜİK said.

Textile, clothing and footwear sales rose the most among non-food items, surging 51.1 percent compared with November 2020, while sales by mail order and the internet shot up by 42.9 percent.
On a monthly basis, Turkey’s retail trade rose 1.3 percent in November 2021. Sales of food, drinks and tobacco increased by 1.7 percent, while non-food sales – except automotive fuel – rose by 2.3 percent.
Among non-food items, the largest rise was seen in electronic goods and furniture, which were up 3.9 percent month on month.

Automotive fuel sales and medical goods and cosmetics fell by 2.2 percent and 3.4 percent, respectively.
The Turkish economy posted a 60.4 percent jump in the total turnover in November 2021 on an annual basis.
The index recorded the biggest change in the services sector, up 71.7 percent.
The industry sector posted an annual rise of 67.9 percent, while the trade and construction indices climbed 53.8 percent and 52.9 percent, respectively.

According to TÜİK, turnover is an important short-term indicator used to assess the country’s economic situation.
“Turnover indices are calculated to follow the changes of this concept, which is composed of sales of goods and services invoiced by the enterprise in the reference month over time, to monitor the development on a quarterly and yearly basis,” it said.

TÜİK will release the next industrial output, retail sales and turnover indices data on Feb. 11.

Should First Trust Value Line Dividend ETF (FVD) Be on Your Investing Radar?

Such Spike, Much Wow! Why This Analyst Is Calling Out To Elon Musk Amid Dogecoin Rise Today - Dogecoin - United States Dollar ($DOGE)