The catalyst that drove the e-commerce and cloud computing giant lower was bullish commentary by a Wall Street analyst — about a competitor.

Wedbush analyst Daniel Ives released the results of his quarterly channel checks in the cloud computing segment. Ives was particularly bullish on Microsoft‘s (NASDAQ:MSFT) prospects, “as the Azure cloud growth story is hitting its next gear of growth in Redmond.” 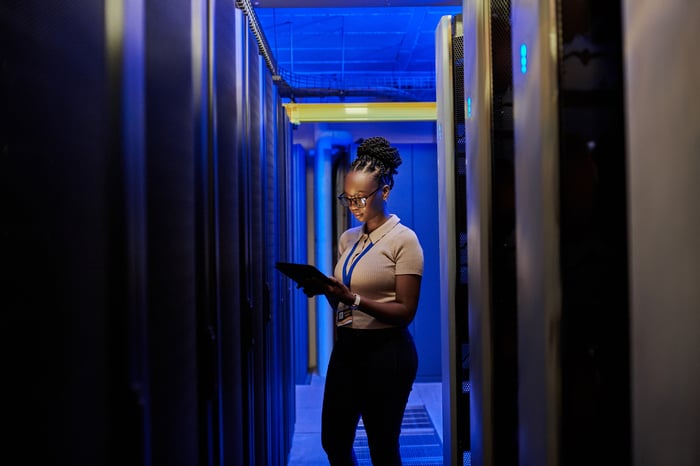 He noted the company has “shown incremental strength again,” positing that Azure’s “large transformational cloud deals at [Microsoft] are up north of 50% with clear momentum heading into 2022.”

Furthermore, Ives suggests that Azure could have taken incremental share gains from Amazon Web Services (AWS), which, if true, could be bad news for Amazon. Additionally, Ives says Microsoft is “well-positioned to gain further cloud share” from AWS.

The news isn’t all bad. Ives posits that the ongoing digital transformation represents a total addressable market (TAM) of roughly $1 trillion over the coming decade and will act as a rising tide, lifting all boats. He notes that Amazon will benefit from this as well, as he expects enterprise workloads taking place in the cloud will increase from 43% now to 55% by year end.

If Ives’ channel checks are accurate, this will be the continuation of a trend that we’ve seen for some time. In the most recent calendar quarter, AWS reported growth of 39% year over year  compared to Azure’s growth, which clocked in at 50%. While this isn’t an apples-to-apples comparison, it has been directionally consistent for some time, suggesting that Microsoft is stealing cloud share from AWS and that Ives’ assessment is spot on.

However, given the ongoing digital transformation and the massive addressable market, there’s no reason for Amazon investors to panic. There’s plenty of market share to go around.

$80 Oil Is Too Enticing For U.S. Drillers To Ignore

Crypto: Why unicorn fintech Ramp is putting part of its balance sheet into stablecoins