Why AMC Stock Got Stomped on Thursday

AMC Entertainment Holdings (NYSE:AMC), ever the up-and-down meme stock, saw its shares decline by just over 9% on Thursday. The gloom was due to revelations of insider selling by top figures at the movie theater chain.

Citing regulatory filings made over the past few days, media outlets such as Streetinsider.com reported that both CEO Adam Aron and chief content officer Elizabeth Frank sold significant chunks of their AMC stock. 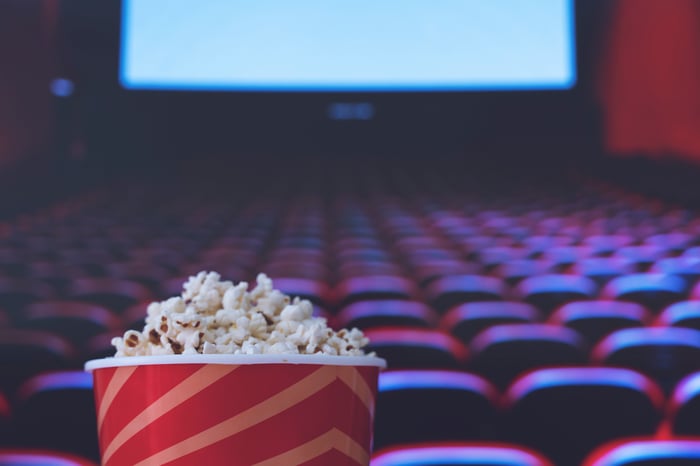 In Aron’s case, on Tuesday he unloaded 312,500 shares of AMC’s Class A common stock at a per-share price of just under $22.85. With this move, he trimmed his direct position in that stock to 205,086 shares. But this doesn’t include the shares that will vest because of equity grants bequeathed by the company. When combined with Aron’s current stake, that total would be just over 2.3 million shares.

In a tweet published on Wednesday afternoon regarding his moves, the movie theater operator’s brash CEO wrote, “Back in August, I said that at age 67 I’d sell some AMC shares toward year-end.” (He turned 67 last September.)

He added that “Those sales are now all finished. … I am in!”

As for Frank, she unloaded 46,165 shares on Monday. The average per-share price of this divestment was $22.42. Following this move, her direct stake stood at 3,539 shares. Like Aron (and basically any top-level executive in any decent-size, publicly traded company), she also stands to earn company stock as a form of compensation. Including these potential grants, her total stake would be 242,439 shares.

Frank has not yet issued any statement on her divestment.

No investor should ever consider stock sales, even by top company figures, to be either deep-red flags or glowing green lights for a company. There are many reasons for executives to buy and sell their own stock, and we’re almost never privy to the strongest of their motivations.

That said, the optics of big share sales aren’t the best, particularly with a pandemic-afflicted company that has struggled as much as AMC in recent times.

AUD/CAD Under Pressure Amid Bearish Momentum

Why Editas Medicine Stock Is Tumbling This Week