Why Zynga Stock Popped This Week

Take-Two Interactive (NASDAQ:TTWO), a leading producer of video games for console, announced an agreement to acquire Zynga (NASDAQ:ZNGA) in a deal worth $12.7 billion in enterprise value. The deal is expected to close by the June-ending quarter.

Through the market close on Thursday, Zynga’s share price was trading just below the buyout offer at $9.06, which represented a gain of 51% week to date, according to data provided by S&P Global Market Intelligence. 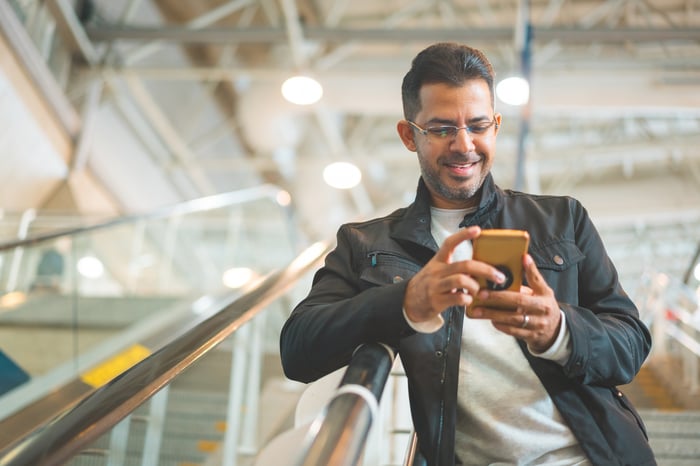 On a trailing-12-month pro forma basis through September, the combined company generated $6.1 billion in bookings and $769 million in adjusted operating cash flow. Take-Two would have a market cap of about $27 billion, with a price-to-sales ratio of 4.4, which represents a small discount to other video game stocks.

Both Take-Two and Zynga delivered market-beating returns to shareholders over the last three years. 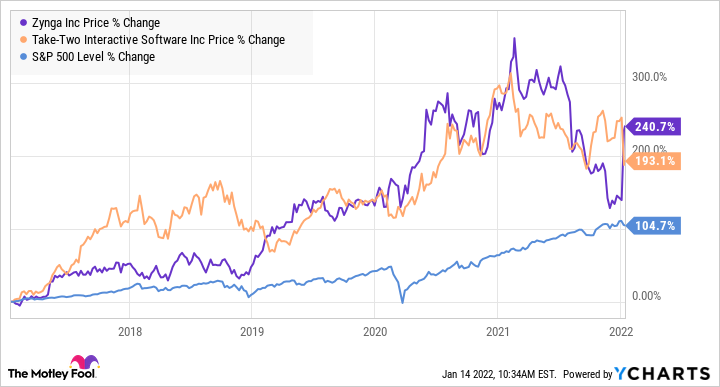 Take-Two is significantly improving its growth profile following the deal. Management is guiding for 14% annualized-bookings growth through fiscal 2024, excluding $500 million in annual net-bookings opportunities. The addition of Zynga is expected to be accretive to Take-Two’s operating results beginning in fiscal 2023, which begins in April.

Take-Two now has a deep pipeline of 62 new releases on console to go along with a mobile specialist with expertise in in-app advertising.

Keep in mind, the merger agreement provides a provision that allows Zynga to actively solicit alternative proposals from other companies during a 45-day window that expires on Feb. 24, 2022. Remember, Electronic Arts previously stole one from Take-Two, when the latter attempted to acquire U.K.-based Codemasters in 2020, so this isn’t a done deal yet.

Now Is a Great Buying Opportunity for This Giant Fintech Stock